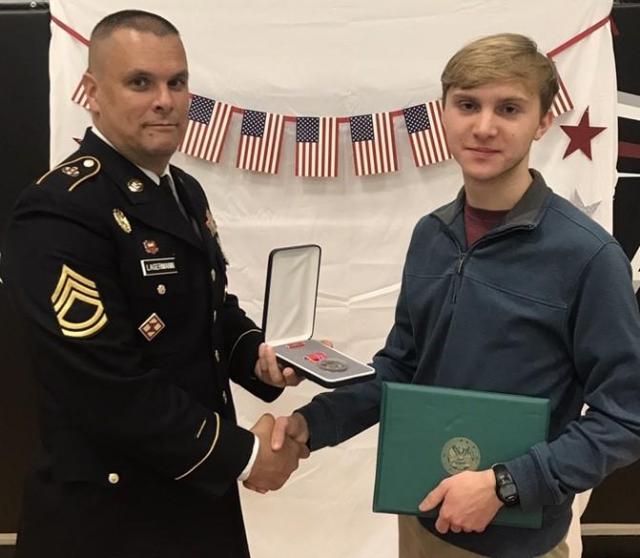 You never know what you might find when you request a copy of either your or a family member's past service records. A military records check revealed that one of our deceased American Legion members received a Bronze Star that neither he nor his family ever knew about.
Edward F. Ucinski Sr, a past commander and a 51-year member before his passing, was recently recognized for his actions during the second world war. Edward Sr. was a combat infantryman who saw action during Operation Overlord at Normandy and the Ardennes Counteroffensive at Bastogne, where he was captured.
No one knew of the award, since it had not been awarded until after the end of World War II. This was part of an initiative started by Gen. George C. Marshall to recognize those whose sacrifices went undocumented, by the awards process.
The Bronze Star medal was presented to Edward Sr.'s great-grandson, Edward Kirk Ucinski IV, at the Rockwood Summit High School Veterans Day ceremony in St. Louis County. The presenter was SFC Lagermann, United States Army.
It was an honor and a recognition that was long overdue.