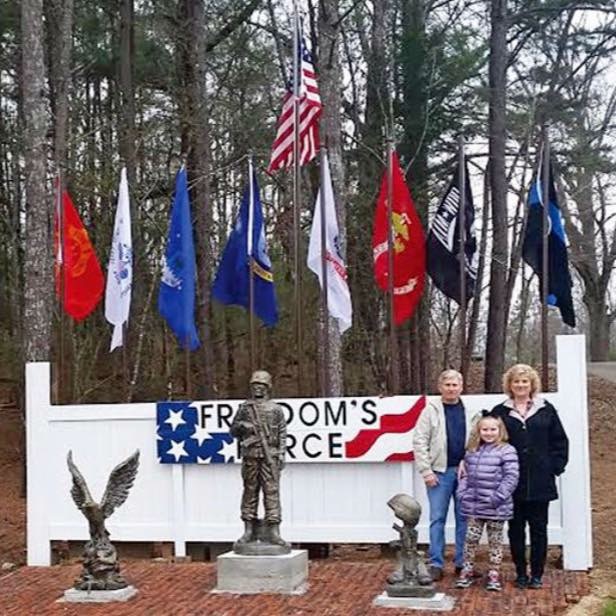 A Gordon County veteran said he spent six months and $1,000 building a handmade memorial honoring the armed services and emergency workers on his own property.

He told Channel 2’s Matt Johnson that he couldn’t imagine his surprise and heartache when he says his patriotic flags were stolen from him.

Richard Rogers has nothing but kind words for his country and his fellow veterans.

“They protect us and this is a great nation,” Rogers said.

And now he has nothing but disgust for whoever he says stole the flags from his homemade memorial.

“A low life. That's all I can say, they’re just sorry and low,” Rogers told Johnson.

Rogers spent six months and about $1,000 building the memorial on his property off of Highway 136 in Gordon County.

When he looked at it Monday morning, he noticed the American flag and the others for the military, law enforcement and first responders, were all gone.

“It just breaks your heart, especially something like that, it honored so many and everything,” Rogers said.

The flags were gone but he says the perpetrator left behind a clue for the Gordon County Sheriff's Office.

“There was a knife left behind. They had cut them down,” Rogers said.

Rogers told Johnson he has no doubts that he will put new flags back up where they belong.

“I’m going to try and get a camera to go out here before I put anything back up,” Rogers said.

Still, he says this is a personal crime that he won't soon forget.

“It was the disrespect that they were showing for the people that protect us,” Rogers said.

The Sheriff's Office told Johnson when the sheriff found out about what happened he had volunteers organize and cover the costs of replacement flags.

Rogers told Johnson he appreciates the gesture but says he would rather see that money spent on charity.