Showing those who served that 'someone cares' 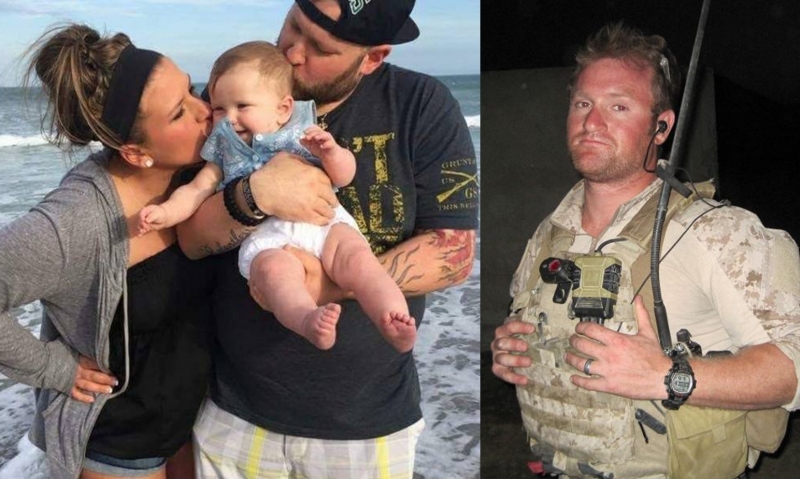 Two disabled post-9/11 veterans and their families will get beach vacations next week, courtesy of two Department of New Jersey American Legion posts.

And on Sept. 12, American Legion Post 469 in Longport will host former Navy Chief Petty Officer Adam Fleck, his wife Christina and their 4-year-old daughter Penelope for a week’s stay in the beach community.

Honoring “The Whole Family.” In Ocean City, Raditz – a service-connected veteran who served in Iraq – and his family will be greeted with a lunchtime welcome ceremony at Post 524 and then receive an escort into town by American Legion Riders, and local police and fire department vehicles.

The Raditz family will stay, for free, in a condo for the week and receive gifts from Ocean City businesses.

It’s the fifth year Post 524 has conducted the program. They annually provide two veterans with a week at the beach – one earlier in the summer, and one near the end of the summer season.

Jerry Bonner, Post 524’s Rest and Relaxation Program chairman, said it’s important to make sure the veterans’ families are included in the week. “The deployment affects the whole family,” he said. “When these soldiers are deployed, their family’s under a lot of pressure, too. It impacts the whole family.”

Bonner said that if the veteran has an older child, the post will present him or her with a medal, thanking the son or daughter for helping out while the mother or father was deployed.

The post also provides the veterans’ children and spouses with various gifts. “We try to make it for the whole family,” Bonner said. “Everybody suffers when you’re deployed.”

Local businesses and organizations contribute to the program, while Auxiliary Unit 524 member Gina Secrest is providing the condominium for the Flecks. “People come to me and search me out (to contribute),” said Bonner.

The majority of Post 524’s members are Vietnam veterans, Bonner said. The reception some of them received when they left the military drives them to honor those both still serving in and separating from the U.S. Armed Forces.

“I think they go out of their way to make it good for the soldiers nowadays,” Bonner said. “When these (veterans) come in for (the vacation), they always say they don’t deserve it. I always say ‘You’re helping us. You’re helping the Vietnam vet … feel better.

An “Interactive” Vacation. For the seventh year, Post 469 in Longport will host a wounded veteran and his family during its Wounded Warrior Week program.

Fleck, a former Navy Special Operations Chief Explosive Ordnance Disposal Technician, was seriously injured during an attack against his unit in Afghanistan. He was medically discharged in June and earned a Purple Heart.

He and his family will be honored with a welcome parade and escorted by American Legion Riders and local first responders to a reception. The Flecks will stay in a beach-block home and be presented with free restaurant meals, sports and beach activities, and shows in Atlantic City.

Post 469 Commander Larry Pacentrilli said the first time the post sponsored a veteran’s vacation, there wasn’t much interaction between the veteran and the post during the week. But that has changed.

“The local veterans organizations that participate and contribute (to the program) really look forward to doing this because it’s an interactive visit,” Pacentrilli said. “We don’t toss the keys to the wounded warrior and say ‘Hey, have a good week.’ They know before they come that this is an opportunity not only for them to have a nice vacation, but also … for the community to express its appreciation for all the troops and wounded warriors through them. So they’re kind of a surrogate in that respect. When they come now, just about every day we’re doing something almost with them.

All of their expenses are paid through contributions from local residents, organizations and businesses.

“We don’t have to twist any arms for money,” Pacentrilli said. "We send out the notices, we advertise and the money just comes pouring in.”

Pacentrilli said the week gives the veterans a chance to see that “people care.” He referenced a Marine Corps veteran with PTSD who went through the program three years ago. A Marine he’d served with in Afghanistan had recently committed, and the Marine was at a point where he felt no one cared about him or his fellow servicemembers.

“They come into town, they get the parade, and we showed them a good time for the week,” Pacentrilli said. “But … the week we had them in included (the veteran’s) birthday.”

Post 469 reached out to the veteran’s wife and asked if he had any good friends who he’d served with that may be able to attend a party for the veteran. “We were able to fly in four Marines that served with him, plus the Navy Corpsman that saved his life,” Pacentrilli said. “I get a little choked up talking about it. And we’re still in contact with him. His wife told us that since then, he’s fine now. He knows people care.”