ALL HANDS ON DECK Show Returning to Branson, MO This Fall 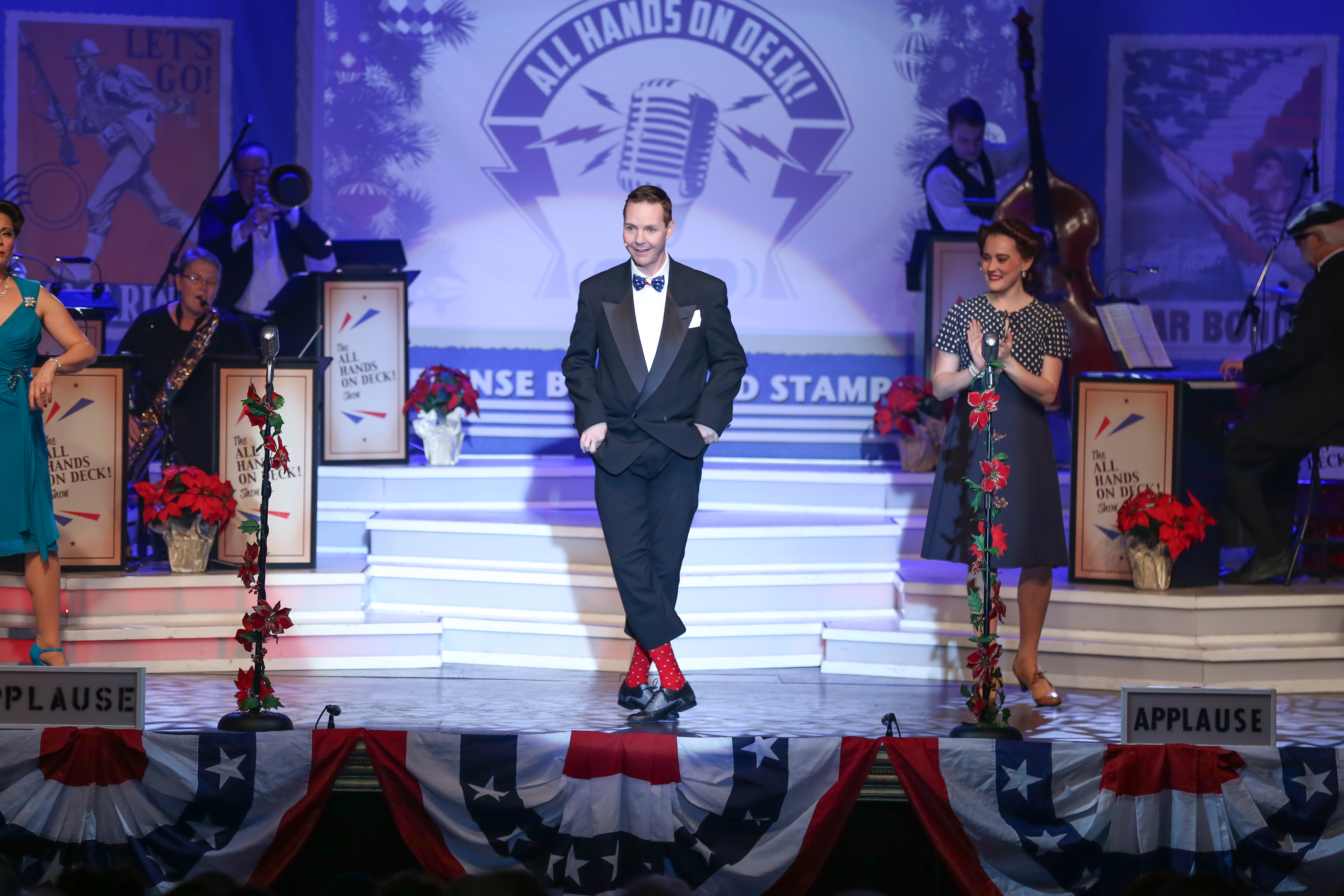 The ALL HANDS ON DECK! Show was born out of gratitude and patriotism.
Jody Madaras has been described as a home town Ohio farm boy who went to New York and ‘made good’. In a family of great Americans lives patriotism, reverence, gratitude, honor, and integrity. In 2007, Madaras decided to feature these values by writing a show that would not only say “Thank You” to the greatest generation; the men and women who served our country during WWII and the Korean Conflict; but also, would remind Americans of a time when our country was truly united. Madaras has masterfully crafted together those values into a production that takes us all on a sentimental, and truly inspirational, journey—The ALL HANDS ON DECK! Show.

In a recent interview, Madaras explained, “Our 1942 Roadshow & Radio Broadcast is very special to me; I spent nearly four years writing it. Saying something important with these songs was my intention. We are reminded every day that our country has challenges. Our songs and deportment all focus on patriotic unity, our “Can Do!” spirit, and what’s right about our country. For younger generations, this show offers a glimpse of what was and what can be. For the senior generations, it offers a trip down memory lane to the ‘best of times’. Ultimately, I simply want everyone to leave the theatre feeling a little bit better and happier about our country.”

Madaras’ strong patriotism is credited in large part to his family. His grandmother June was extremely active in the American Legion Auxiliary. “Growing up with Grandma, we always listened to these songs.She was very proud of the United States and believed we are at our best when we are united. Her handwriting is in this show.” His grandfather, Adolph “Duff” immigrated through Ellis Island from Hungary in 1911, and proudly served as an officer in the US Navy in WWII.

Madaras continued, “I chose the Hollywood Victory Caravan, a group of famous Hollywood film stars who toured America by train in early 1942 selling war bonds, as the setting for the show. My research uncovered that no one had ever written a show based on the Caravan. Their road shows raised millions of dollars for the war effort, and no one had ever fully honored them. 1942 was one of the most pivotal years in world history; paving the way for much of the prosperity we enjoy in our great country today. That’s our theme: feeling united, then and now.” The ALL HANDS ON DECK! Show tours the U.S.A. annually, and is also featured in Branson, Missouri in the fall. For schedule and information, please visit: AllHandsOnDeckShow.com