Dozens of military vehicles, veterans pass through SC on journey across US 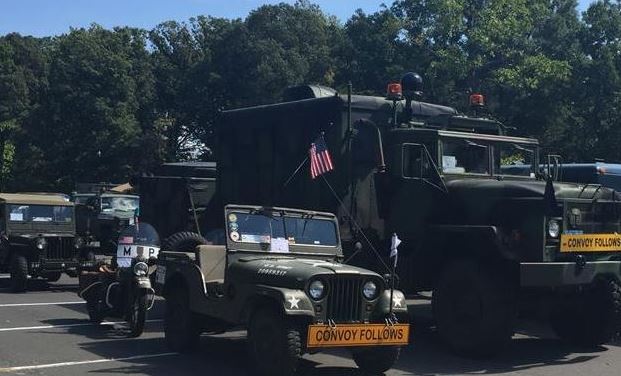 A convoy of military vehicles and veterans will travel through the Upstate on Wednesday and Thursday on a coast-to-coast tour.

Eighty military vehicles and a bus load of veterans will cross into South Carolina Wednesday morning and travel through the state along U.S. 29.

The Military Vehicle Preservation Association vehicles are following the same route as the 1920 convoy.

The convoy will stop for lunch at the WestGate Mall around noon. Spartanburg police will escort the vehicles through the city.

Local veterans groups will also provide escorts and line the highway to show their support as the convoy passes through communities across Spartanburg, Greenville and Anderson Counties.

Greer officials said all crossroads will be blocked off as the convoy passes through that city around 2 p.m.

The convoy will stop for the night in Anderson and then continue along U.S. 29 into Georgia on Thursday.

Click here to read more about the Spirit of ’45 celebration, the coast-to-coast convoy, and the stops the group will be making along their journey.