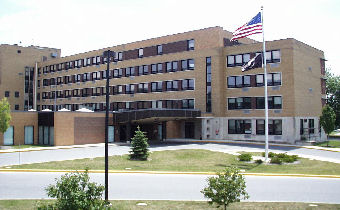 According to a report in the Journal Gazzettee (AP),

Indiana has a large number of veterans who are returning home as the Army thins its ranks and winds down overseas engagements, placing more demand on a network of veterans' services that is already stretched thin.Unfortunately for Hoosiers coming home, local veterans' advocates says Indiana lags far behind other states when it comes to getting services to those in need.And as the number of veterans grows, so too will the need for services that help them make the transition back to civilian life, in areas from job training to medical care and counseling.A 2014 report by the Indiana Department of Veterans Affairs found the state was deficient in 21 ways both large and small that hamper the delivery of services.Veterans Affairs secretary Eric Shinseki ultimately resigned, and Frost says the Army is making strides to take care of returning soldiers.James Brown, Pence's director of the state office of veterans' affairs, disputed Bauerle's criticism.Since taking office, he said, Pence backed a measure to certify county veterans' workers, which allows them to file claims on veterans' behalf.Bauerle pointed to the report, written by an outside evaluator, which found the state VA office does little outreach, delivers inconsistent service, has a workflow "heavily based on the movement of paper" and faces "barriers to efficiently serving the veteran population statewide."