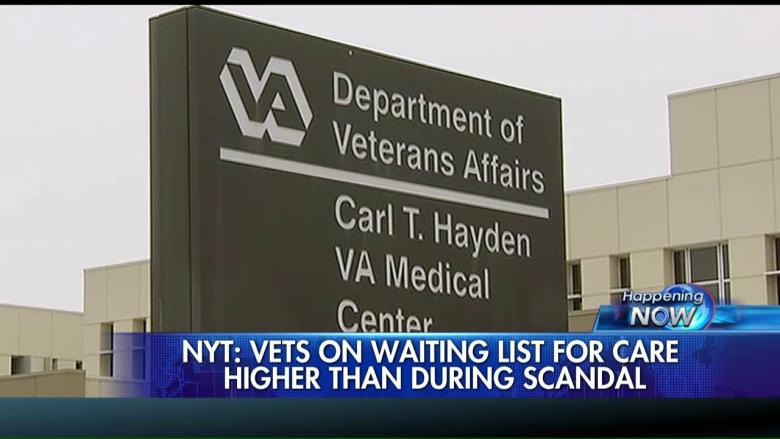 Justice Department officials have declined to pursue dozens of criminal investigations into employees at the Department of Veterans Affairs who allegedly participated in a national effort to cover up long delays in care by creating fake patient waiting lists.

As of Dec. 3, the Justice Department has refused to pursue any charges in 46 of 55 cases referred by the VA's own inspector general. Nine cases are still pending, according to a letter from Rep. Jeff Miller, chairman of the House Veterans Affairs Committee, to Attorney General Loretta Lynch that was obtained by the Washington Examiner.

Despite the widespread attention VA officials have received for manipulating patient wait times, the Justice Department has acknowledged opening just one criminal investigation into a practice that took place at 110 VA facilities across the country.

FBI Director James Comey told Congress last year that the law enforcement agency's Phoenix office had opened a criminal probe of allegations made against officials at the Phoenix VA hospital.

However, during a House Judiciary Committee hearing last month, Lynch could not answer questions from Rep. Mimi Walters, R-Calif., about the status of that investigation or whether any others had been opened. Lynch vowed during that hearing to have her staff provide Walters with information about the investigation.

A month later, Justice Department staff did respond to Walters' questions. The officials requested Walters accept an "informal phone call" rather than a formal response, then refused to answer any questions about the scope of the agency's work with the VA.

"I am at a loss as to why [the Justice Department] required a month to determine that it was unable to provide any answers to these questions," Walters wrote in a Dec. 17 letter to Lynch.

Although the Justice Department appears to have taken minimal, if any, action against VA employees accused by the agency's watchdog of criminal wrongdoing, VA leaders are now attempting to blame their own inability to discipline employees on non-existent Justice Department investigations.