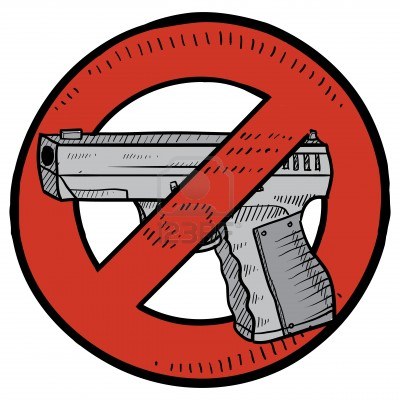 As seen in Military Times. As the Defense Department and White House launch renewed efforts to research gun safety technology, two Air Force veterans hope their years of work on the issue will get another look.

Matt Barido and Skylar Gerrond — former military police turned Texas entrepreneurs — have been perfecting their handgun trigger lock for the past six years. Now, with a new federal focus on firearms research, they're promoting the work as a sensible middle ground amid the politically charged fights over gun ownership.

"We didn't do this because of a horrible tragedy and a desire to take up a cause," Barido said. "We just wanted to offer a real solution that makes sense and provides more safety for individuals who own guns."

On Tuesday, President Obama promised a slate of new executive orders in response to what he has called a national emergency of gun violence.

The moves include new background check rules, more money for mental illness treatment and more federal personnel to coordinate the changes. All the proposals face strong resistance from Republican leaders in Congress, who are labeling the moves as executive overreach.

Obama's plans also include instructions for the departments of Defense, Homeland Security and Justice to increase research into "gun safety technology that would reduce the frequency of accidental discharge or unauthorized use of firearms."

Barido said many firearms enthusiasts are skeptical of such technology, because it could require them to abandon older weapons or relearn a new type of firearm.

So when he and Gerrond founded their company, Veri-Fire, they began their work with the idea of offering an add-on to existing weapons, not redesigning the guns themselves.

Their offering is a biometric trigger lock named the Guardian, which bolts onto a handgun and uses a fingerprint scanner to cover the weapon trigger. The pair have spent years tweaking the device's weight, opening speed and secondary release systems, all from the perspective of "someone who handles firearms and may need to use them at a moment's notice."

According to Barido, the lock would allow gun owners quick access for self-defense while preventing children or thieves from using the weapon. It's still in developmental phase, but the pair hope to make it available for sale later this year.

Barido sees the new attention on the issue as a plus for their efforts — "As these agencies start looking at what's out there, we'd love to be part of the process" — even though he knows some of the political potshots that come with it.

"I think it's a positive, because we are talking about finding solutions," he said. "And that's not going to be just one thing. We want to make sure there are options for gun owners."