Veteran Homelessness Down By 33 Percent 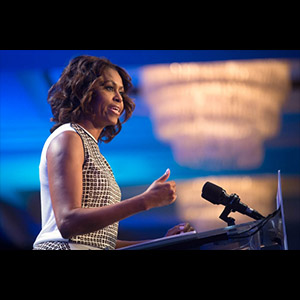 "In 2009, the Administration set an ambitious plan to end veteran homelessness by the end of 2015. We have made substantial progress toward this goal - as of January 2014, overall veteran homelessness is down 33 percent since 2010, and we have achieved a 42 percent decrease in unsheltered veteran homelessness." said First Lady Michelle Obama, in support of the Joining Forces initiative, addresses the 2014 National Conference on Ending Homelessness, in Washington, D.C., July 31, 2014.

"Through unprecidented partnerships with federal and local partners, we have greatly increased access to permanent housing, a full range of health care including primary care, specialty care and mental health care; employment; and benefits for homeless and at risk for homeless veterans and their families. As a result of these investments, in fiscal year 2013 alone, VA provided services to more than 240,000 homeless or at-risk veterans in Veterans Health Administration's homeless programs." she added.

This initiative, launched by the First Lady, has involved over 250 mayors, governors, and county executives not to mention volunteers across the Nation and HUD funding. There is still a lot of work to do, however, the inititative has so far been successful.