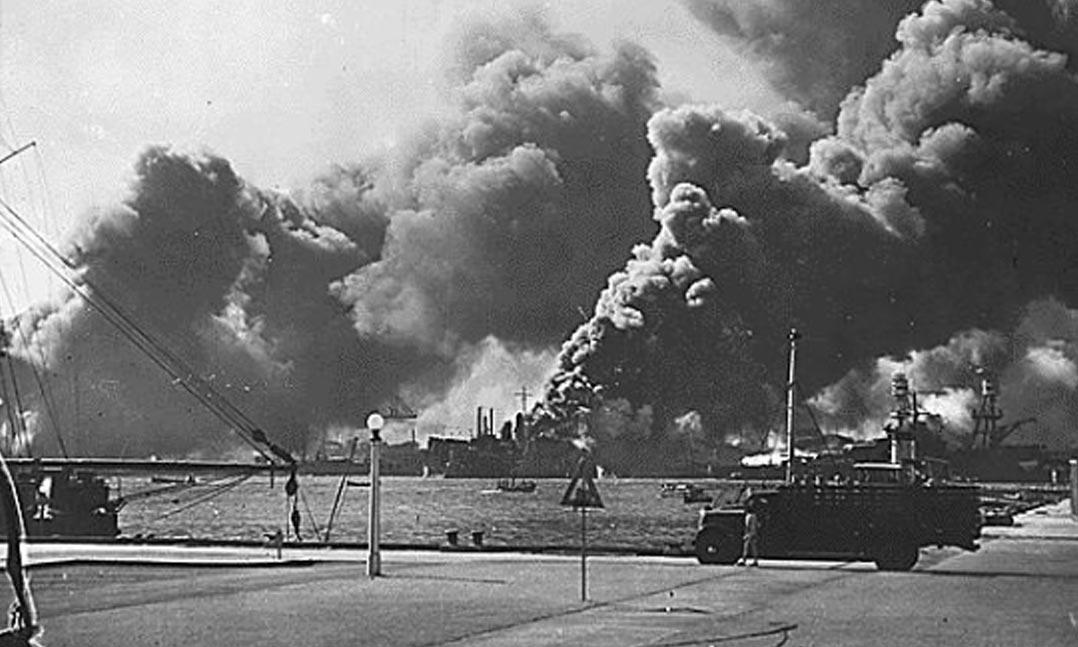 With the ‘Greatest Generation’ passing away, we must never forget one of their defining moments

WASHINGTON — On this day 80 years ago, the sleeping giant was violently awakened. America in 1941 was working on itself. Following the end of the Great Depression in 1939, Americans were just beginning their economic recovery and had returned to their isolationist stance on foreign affairs. Even though they were upset with the carnage ravishing Europe and Asia, they did not have the appetite for another world war. The enormous loss of life from the one-two punch of the Great War and the 1918 pandemic was still fresh in the collective memory of the country. But as the old adage goes, you don’t always have to go looking for a fight, sometimes the fight comes looking for you.
On Sunday morning, December 7, 1941, just before 8 a.m., Japanese forces launched a devastating surprise attack on U.S. naval base at Pearl Harbor near Honolulu, Hawaii. It was a thoroughly planned and executed assault on the U.S. Navy’s Pacific Fleet, sinking or severely damaging 19 ships and destroying or damaging more than 300 aircraft. While sailors, soldiers and Marines stationed there fought valiantly, there was no way to counter the tremendous onslaught. In all, more than 3,500 American men and women were killed or wounded. The 2,403 killed would be the largest single day loss of American life in an attack on the Unites States for the next 60 years.

By the time President Roosevelt had delivered his famous “Infamy” speech less than 24 hours after the first bombs fell on the island of Oahu, the Japanese had already formally declared war on the United States and the British Empire and attacked Malaysia, Hong Kong, Guam, Wake Island, the Philippines and Midway. There were also reports of American ships being attacked along shipping routes between Hawaii and the California coast. Three days later, Nazi Germany declared war on the United States. No longer could the U.S. keep a safe distance from the second world war raging on the other sides of the Atlantic and Pacific. The war kicked in our nation’s front door and it was time for Americans to wake up and fight for freedom.

It is estimated 234 WWII veterans die each day and in 10 years, they will nearly all be gone. The death of retired U.S. Senator and WWII veteran Bob Dole this past weekend is a stark reminder that we don’t have much time left with them. That’s why we must take the time to hear their stories, preserve their legacy and honor their sacrifices.

On this National Pearl Harbor Remembrance Day, the Veterans of Foreign Wars (VFW) encourages everyone to take a moment to remember the 2,403 victims tragically lost in the attack, and remember the defining moment when brave young American men and women rose up to defend our nation, help liberate the world from tyranny and become “The Greatest Generation.”