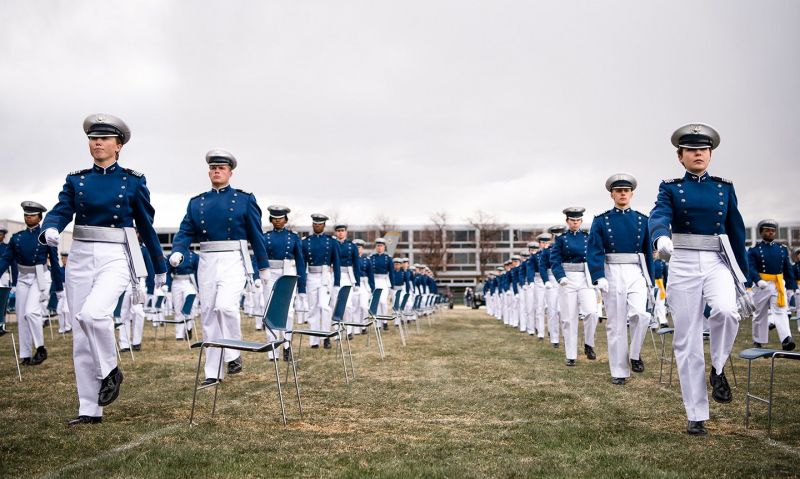 Let’s start with those friends. After some initial speculation – and a political push from some quarters – that President Joe Biden might ground the Space Force, the White House in February announced its full support for the fledgling branch, which was born with strong bipartisan backing during the Trump administration. Gen. John Raymond, chief of space operations and Space Force commander, said the president’s support makes it “clear that this is not a political issue" but one of national security. That presidential vote of confidence is crucial as the Space Force builds itself into what America needs it to be: a branch dedicated to ensuring U.S. access to space and freedom of movement through space, defending U.S. interests and assets in space, deterring hostile activity against those interests and assets, and, if necessary, defeating hostile forces on the ultimate high ground. Biden is not alone.

Defense Secretary Lloyd Austin views space as “an arena of great power competition.” He notes that the “central role space plays in supporting other services in their warfighting role continues to grow.” And he wants to ensure that the Space Force is “improving the readiness of forces across all domains to protect and secure our homeland and U.S. interests abroad” and “advancing the development and employment of spacepower for the nation.”

As it advances the development and employment of spacepower, the Space Force itself is rapidly developing and taking on the burdens – and trappings – of an independent branch. From its first day on duty in December 2019, the Space Force has been tracking satellites, supporting military launches and operating the U.S. constellation of GPS satellites, upon which most Americans depend for the everyday stuff of modern life.

In January 2020, Iran launched more than a dozen missiles at U.S. bases in Iraq. The missiles wrought lots of destruction, but they didn’t kill a single American. The reason: Space Force space warning squadrons were operating cutting-edge satellites capable of tracking missile launches and relaying crucial real-time data to troops in the line of fire. “Members of the U.S. Space Force detected those missiles at launch and provided early warning to our forces,” as Space Force Vice Chief of Space Operations Gen. David Thompson reported.

In March 2020, the Space Force activated and began manning the new Counter Communications System – a ground-based system designed to jam enemy satellite signals during hostilities. In May 2020, Raymond signed an order shifting Operation Olympic Defender from Strategic Command to Space Command. Led by the United States and Britain, Olympic Defender is an international partnership “intended to optimize space operations ... enhance resilience ... synchronize U.S. efforts with some of its closest allies ... strengthen allies’ abilities to deter hostile acts in space, strengthen deterrence against hostile actors, and reduce the spread of debris orbiting the earth,” as the Pentagon explains. Japan, Spain, France, Italy, Australia, Canada and New Zealand are expected to participate in Olympic Defender.

Last December, the Space Force gained a seat on the Joint Chiefs of Staff. And that same month, Space Force personnel were given an official name to be used alongside soldiers, sailors, airmen, Marines and Coast Guardsmen: “guardians.”

That’s an apt name for Space Force personnel, as underscored by the guardians’ work in protecting U.S. troops in Iraq from Iranian missiles. Although that incident is the highest profile example of the Space Force’s missile-launch detection mission, U.S. guardians are carrying out this missile-warning role dozens of times each month. In 2020, they detected and tracked at least 1,000 missile launches. That role underscores that space-based operations and assets are an essential part of earth-based operations. Raymond calls space “a huge force multiplier.”

Indeed, no branch is more closely associated with terra firma than the Army. Yet as the Lexington Institute’s Loren Thompson points out, an Army armored brigade “contains over 2,000 pieces of equipment that rely on space assets to function.” The same applies to the Air Force and Navy. “Air superiority depends on space superiority,” says Air Force Maj. Gen. Alex Grynkewich. Adds the New America Foundation’s Peter Singer, “The loss of space would mean naval battles would in many ways be like the game of Battleship, where the two sides would struggle to even find each other.” Plus, the Space Force is protecting countless out-of-sight, out-of-mind assets that the American people depend on for everyday life.

Of the 2,218 operational satellites in orbit, 1,007 are owned and operated by U.S. firms, government agencies or military units. An attack on those satellites would cripple America’s satellite-dependent economy and render America’s citizenry blind, deaf, silenced, hungry and cut off from the world. The Space Force exists to prevent that terrifying possibility. As Lt. Gen. David Buck observes, “Space is critical to the American way of life.” Yet most Americans – having lowered their gaze from the heavens to their hand-held devices – are oblivious to how much they depend on space for communications (via those very hand-held devices), commerce, air and ground transport, emergency services, and security. All of that helps explain why Raymond argues that “the Space Force has a strong and daily connection with nearly every American.”

From whom or what are Raymond’s guardians protecting us? Austin warns that “Chinese and Russian space activities present serious and growing threats to U.S. national security interests.” A U.S. government report notes that Beijing “views space as a critical U.S. military and economic vulnerability.” With an eye on exploiting that vulnerability, China has created a Strategic Support Force responsible for operations “involving satellite-on-satellite attacks,” according to RAND. Recent Pentagon reports add that China has “the most rapidly maturing space program in the world," is developing doctrines geared toward “destroying, damaging and interfering” with enemy satellites, and is acquiring technologies to accelerate “counter-space capabilities,” including lasers, satellite jammers and anti-satellite (ASAT) weaponry. China has conducted at least three ASAT tests in recent years. Russia, which stood up an Aero-Space Forces command in 2015, is conducting ASAT tests far more frequently than China. Moscow’s April 2020 ASAT test is believed to be its ninth test of a “direct ascent” ASAT in recent years.

In July 2020, Russia tested a satellite-borne kill vehicle. This follows a similar test in 2017, when Russia deployed a satellite that “launched a high-speed projectile into space,” as Raymond revealed last year. In addition, the Russian military has deployed satellites capable of “rendezvous and proximity operations” – military parlance for maneuvering around other satellites to monitor, disrupt and/or disable them.

In February 2020, Raymond reported that two Russian satellites were shadowing a U.S. Keyhole satellite in what he called “unusual and disturbing” behavior. China and Russia also deploy directed-energy weapons that can blind or damage U.S. satellite systems, Raymond adds. And the two authoritarian nations just announced plans to co-build a lunar base. Because of the weapons systems, doctrines and actions of China and Russia, access to space, and the freedom to maneuver in space, "can no longer be treated as a given,” Raymond explains.

Freedom of maneuver in space doesn’t happen magically or organically. As with freedom of the seas, it depends on responsible powers deterring bad actors and enforcing norms of behavior. And that depends on some type of military force. “If you look back in history, every domain of warfare has a service that’s attached to it,” Raymond points out. Put another way, the emergence of the Space Force – like the Army, Navy, Marines, Coast Guard and Air Force – was inevitable.

The Space Force is developing personnel, units, systems, tools, procedures, and practices to transfer and apply those norms of behavior to space. The United States is not alone in this important mission, as underscored by the broadening participation in Olympic Defender and a number of other recent developments. For example, NATO has recognized space as an operational domain of warfare. Britain recently created a space command. Japan has a new defense unit focused on space. And France has carved out a space-defense command within the French air force.

“If space was once a new frontier to be crossed,” French Defense Minister Florence Parly concludes, “it is now a new front that we have to defend.” The main mission of the Space Force and its free world partners is not to wage war in the heavens, but to keep some semblance of peace. “Although space is a warfighting domain,” Raymond observes, “our goal is to actually deter a conflict from extending into space. The best way I know how to do that is to be prepared to fight and win if deterrence were to fail."