A war ship in Indiana? 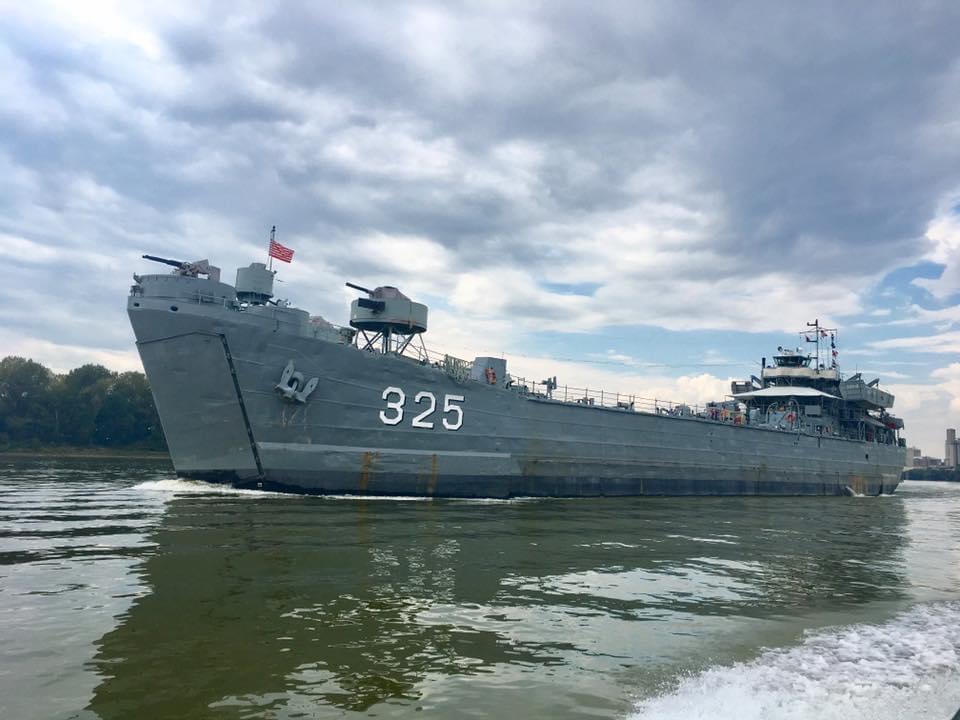 The USS LST Ship Memorial, Inc. is the owner of a wonderful ship that is located in Evansville, Indiana.  How did this come to be?  A war ship in Indiana?

During World War II, there were many inland shipyards that built shallow draft vessels to support the war effort.  Landing Ship, Tanks were one of those vessel types.  Evansville, Indiana was the location of one of these shipyards and therefore is a very appropriate home port of LST 325.

Hundreds of thousands of men either served on LSTs or were transported with various types of equipment.  The 1,051 LST’s that were built in American shipyards were designed for amphibious landings that were critical to the Allied Forces.  After the war, these ships were often given to other countries to help them recover from the horrors of war.  Some remained in active use during Korea and Vietnam.  Others were ‘mothballed’ for future use, some were scrapped.

Moving forward fifty years, a group of men began looking for a suitable LST to establish a Museum Ship to commemorate those who built, sailed and served on this type of ship.  Their goal was to obtain a ship for a museum and to educate us about the importance of the LST.  In the late 1990’s, Mr. Ed Strobel located a few of them that were being scrapped by Greece, one of the Allied countries that received ownership of some LSTs after World War II.

After much investigation, negotiation and an act of the U. S. Congress, a group of 35 men were selected and set off to ensure the ship was seaworthy and ready to sail the ship back to the United States.  With no taxpayer funding and no guarantee of assistance, these men funded themselves, the ship’s requirements, their travel and living expenses.  Funds were raised or donated to buy equipment and parts, fuel and oil, insurance, and navigation tools.  The work was performed by the men who traveled to Greece, with some assistance by our Allies and the Military.  28 of the group of 35 men sailed the ship 6,000 miles back across the Atlantic.  The average age of the group was 72.5 years old.

The LST-325 is the ONLY WWII-configured landing ship, tank still in operation. This historical ship relies on private donations and hundreds of thousands of volunteer hours to function.  The ship is located at Evansville, Indiana for 11 months of the year; the other month the ship cruises to other cities to educate the public regarding their involvement and importance during WWII, Korea and Vietnam.  Please come and visit us - enjoy a docent led tour of LST 325 and visit other wartime museums in Evansville!