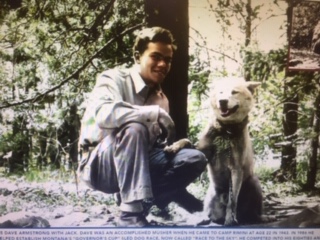 In 1976 the first history of the Montana National Guard was published through the efforts of the Public Affairs Detachment.  That history, called the The Montana Militia: A History of Montana's Volunteer Forces, 1867-1976, has served as the backdrop for the Montana Military Museum Collection efforts.

The first entry in the Museum Register was done in late 1980.  Those items are display today in the Museum.   It is estimated that 12,000 plus records of items reside in the Museum.   The collection covers the period from the American Revolution to the current military operations, with emphasis on the historical record of Montana's Military from the first the Lewis & Clark Expedition in 1804-1806, to current Operations in the Global War on Terror in Iraq and Afghanistan.

Kermit Edmonds, first Curator of Collections, in 1978, stated, “---that the collection of artifacts and information forms the heart of the Museum but the Record of that Collection is the Nervous system.   I say that all items great and small need to be collected, conserved, and evaluated as they may be critical to our understanding of events that have had an effect on us in the past and present.”

from 1867-2006.  Though not the final publication on the subject of Montana Military history, it represents a step forward in our process.  To be continued.