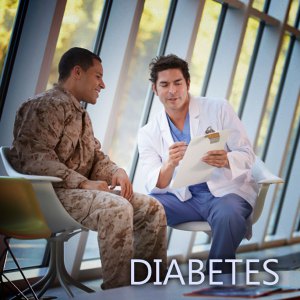 A study of 33,481 diabetic veterans suggests that many of these individuals carry an "extremely heavy burden" of other diseases, which may account for their frequent hospital and outpatient visits within the Veterans Affairs medical system.

Seventy-three percent of the veterans had high blood pressure and 35 percent had a type of heart disease, according to Carol M. Ashton, M.D., MPH, of Baylor College of Medicine and colleagues.

Over the course of a year, the average patient in the study spent eight days in a hospital and 23 days in outpatient services, which could include medical tests, specialist consultations and general check-ups. Of the nearly 40 percent of those hospitalized one or more times during the year, three-fourths had multiple hospital stays.

The patients also faced a significant possibility of dying within a given year, according to Ashton and colleagues. They calculated that approximately 6 percent, or one in 20, of the patients were at risk of dying.

These numbers may paint a more serious picture of hospitalization and health care visits than would be typical among the entire diabetic population, since almost half of the patients were 65 or older and eligible for the study only if they were initially hospitalized for an acute diabetes-related condition. But the findings are comparable to two other similar studies, according to the researchers.

"Payers are concerned with the monetary costs of heavy utilization, but the indirect costs and opportunity costs associated with so many contacts must be an enormous burden on the patient and family," Ashton says.

Diabetes is the seventh-leading cause of death in the United States, and diabetes-related death rates have increased among women and men of all racial and ethnic groups since 1980.