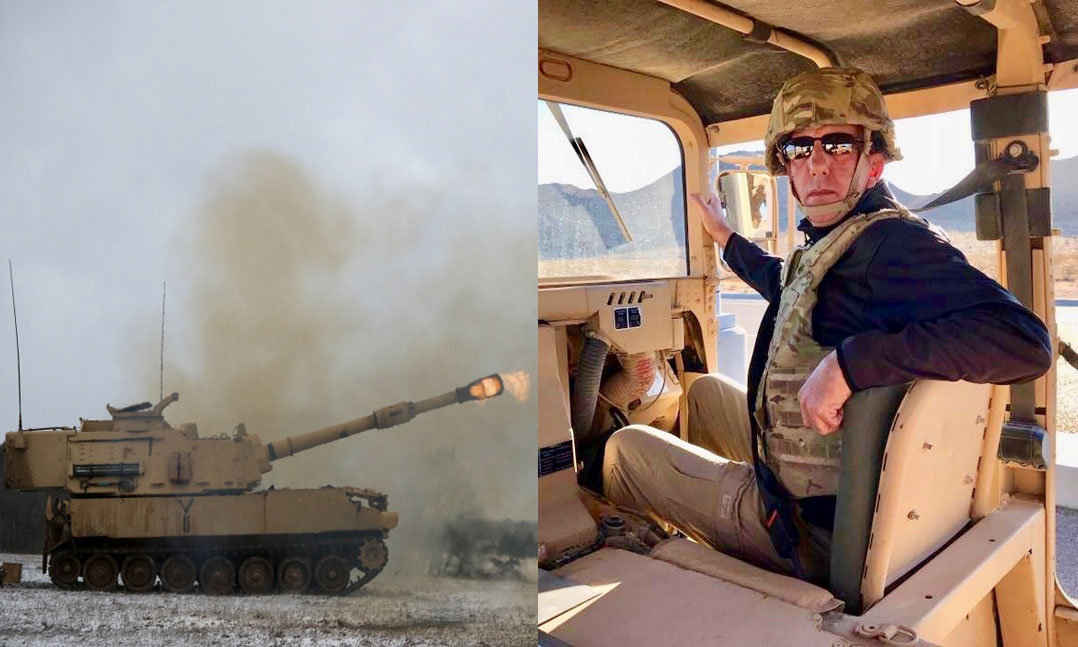 The visit by B.J. Lawrence, national commander of the 1.6 million-member Veterans of Foreign Wars of the United States and its Auxiliary, is the final chapter in a three-part story that began with a meeting with senior Army leadership in the Pentagon last fall. A discussion evolved around having the VFW national commander observe a unit undergoing pre-deployment training at the Army’s National Training Center at Fort Irwin, Calif., then marrying up with that unit overseas. Fort Riley’s 1st ABCT, part of the 1st Infantry Division, was selected, but since it had already completed NTC, Lawrence viewed similar training by armor and infantry units from Fort Carson, Colo. He then traveled to Fort Riley in December to meet with the brigade commander and command sergeant major and others prior to their months long deployment.

The purpose of Atlantic Resolve is to build readiness, increase interoperability, and enhance the bond between ally and partner militaries through multinational training events in Poland, Bulgaria, Hungary, Romania, and the three Baltic states of Estonia, Latvia and Lithuania. Some 3,500 1st ABCT and 1,900 1st Combat Aviation Brigade soldiers, also from Fort Riley, are participating.

“My top priorities are training, readiness and morale, so listening to the troops where they train, and especially where they deploy, makes us better advocates for them and their families on Capitol Hill,” said Lawrence. “Visits such as these are essential to maintaining the close relationship the VFW has nurtured with America’s military for now 120 years, and we are grateful for this opportunity to learn even more.”