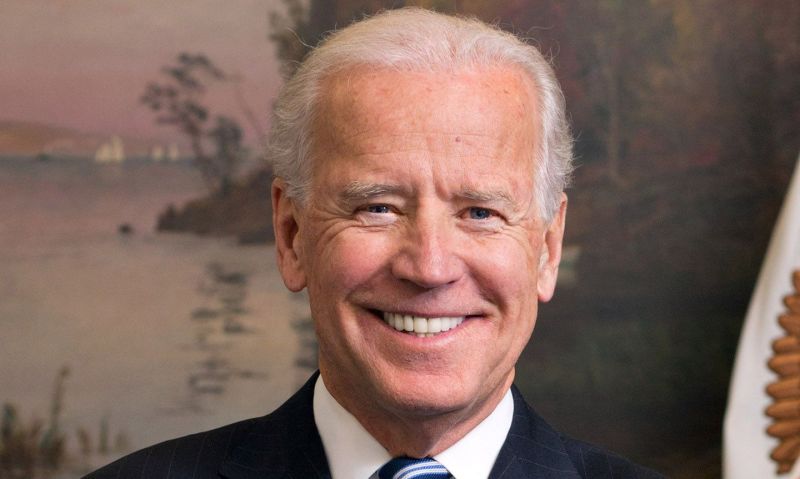 As a new commander in chief prepares to take the reins, the world can expect both change and continuity in the overlapping areas of foreign policy and national security – perhaps more continuity than many observers are predicting.

Unlike the president he served under and the president he succeeds, President-elect Joe Biden, owing to his many years of public service, has a lengthy track record on defense and diplomacy. That record and the foreign-policy vision statement he recently shared offer clues as to what lies ahead.

Biden notes that since the end of World War II the United States has “played a leading role in writing the rules, forging the agreements, and animating the institutions that guide relations among nations, and advance collective security and prosperity.” If America fails to play that role, he warns, “(e)ither someone else will take the United States’ place, but not in a way that advances our interests and values, or no one will, and chaos will ensue. Either way, that’s not good for America.”

This is Biden’s way of describing the liberal international order Americans began building from the rubble of World War II – an international system based on democratic governance, broadly accepted norms of behavior, liberal (freedom-oriented) political and economic institutions, and stable nation-states capable of promoting good order within and around their borders. This liberal international order has served U.S. interests, but it doesn’t run on auto-pilot. It depends on responsible powers deterring aggressive states and serving as a last line of defense against the enemies of civilization.

Toward that end, Biden vows this year to “host a global Summit for Democracy to renew the spirit and shared purpose of the nations of the free world,” “forge a common agenda” and “strengthen the coalition of democracies that stand with us around the world.”

This plan to convene a Summit for Democracy suggests both a renewed commitment to America’s role defending the liberal international order and perhaps a recognition that liberal democracies shouldn’t expect much help from the United Nations, which is crippled by dictatorships. Perhaps the Summit for Democracy will even open the way toward creation of an Alliance of Democracies that could bypass the mischief and roadblocks created by the U.N. Security Council’s despotic members. It’s an idea that has been gaining bipartisan support at home and high-profile support abroad for more than a decade.

Biden has signaled his plans to return to the Iran nuclear deal, which key allies Britain, France and Germany support. He wants to rejoin the Paris climate agreement. And he wants to work more closely with allies in Europe and Asia.

NATO tops that list for Biden. “NATO is at the very heart of the United States’ national security,” Biden has said, describing the transatlantic alliance as “the single most important military alliance in the history of the world.”

Although President Donald Trump’s comments about NATO were often critical, he wasn’t the first U.S. official to criticize the contributions of certain allies. Dating at least to Defense Secretary Robert Gates, Washington has been increasingly open and blunt about its frustrations with NATO.

Steered by the early spadework of Defense Secretary James Mattis, the Trump administration tripled the Obama administration’s funding levels for the European Deterrence Initiative; reactivated the Navy’s Second Fleet (which was deactivated in 2011, after defending the Atlantic and supporting NATO throughout the Cold War); reestablished the Army’s Germany-based V Corps (which was deactivated in 2012, after decades defending Europe); authorized construction of and/or upgrades to bases in Iceland, Luxembourg, Norway, Slovakia, Hungary, Romania, Latvia and Estonia; agreed to add Montenegro and North Macedonia to the NATO fold; and laid the groundwork for the permanent basing of 5,500 troops in Poland.

All of this came in response to Russia’s actions. Vladimir Putin doubled military spending between 2005 and 2018; has added 600 new warplanes, 840 helicopters and 2,300 drones to his arsenal; and produced a number of new offensive weapon systems. Putin’s Russia has invaded and dismembered NATO aspirants Georgia and Ukraine, annexed parts of Ukraine, occupied parts of Georgia, gained a strategic foothold in the Mediterranean (courtesy of Syria), conducted provocative tests of antisatellite systems, waged a crippling cyberwar against NATO member Estonia, violated the INF Treaty, armed Taliban forces waging war against NATO personnel operating under U.N. mandate, and unleashed his intelligence agencies to conduct strategic-influence operations against the U.S. and allied countries.

Whether spurred by Moscow’s actions or Washington’s criticisms – probably a little of both – NATO nations have finally gotten serious about the common defense: In 2015, only three NATO members met the alliance-wide goal of investing 2 percent of GDP in defense. Today, 10 have reached the 2-percent mark. By 2024, 20 will meet that standard. NATO’s European and Canadian members have added 131,000 troops to their ranks and $130 billion in fresh defense spending since 2016.

These tools and resources – the refurbished bases, the resurrected Navy and Army units, the increased investment in deterrent assets, the renewed commitment within NATO to military spending – will help the Biden team deter Putin.

Biden vows to “get tough with China.” Given what has transpired the past four years, “stay tough” may be more accurate.

Spurred by Beijing’s criminal mishandling of COVID-19, the Trump administration dealt with China firmly – criticizing Beijing’s irresponsible actions throughout the pandemic, increasing the number and tempo of freedom-of-navigation deployments in the Indo-Pacific, elevating the Taiwan relationship through high-level visits and increased arms shipments, beefing up defense commitments in the Indo-Pacific, and building new security and economic partnerships.

Likewise, the State Department’s nascent Economic Prosperity Network (EPN) has brought together partners committed to “respect for rule of law, respect for property of all kinds, respect for sovereignty of nations and respect for basic human rights” to build uncompromised supply chains.

The Quad security dialogue has been revived in recent years, as the United States, Australia, India and Japan widen and deepen cooperation on military exercises, training, basing, procurement, intelligence-sharing, supply-chain resilience, and pandemic recovery. And outgoing Navy Secretary Kenneth Braithwaite has laid the groundwork for a reactivated 1st Fleet, which will relieve pressure on the 7th Fleet and secure a large swath of the Indian Ocean.

Again, these tools and resources will help Biden and his team navigate what increasingly looks like Cold War 2.0. Following the trail blazed with the Quad, EPN and Clean 5G Path, Biden plans to harness “the economic might of democracies” to meet the China challenge. Biden recognizes that America needs all the help it can get confronting the Beijing behemoth, arguing that we must “build a united front of U.S. allies and partners to confront China’s abusive behaviors and human rights violations.”

China, it pays to recall, is a country of 1.3 billion. Its GDP is $14.1 trillion. Its annual military expenditure is $260 billion (mushrooming 572 percent since 1999). It has a 2-million-man military, a 350-ship navy, and an intense focus on dominating its neighborhood.

Although America boasts a $21.4-trillion GDP and $738-billion defense budget, it has a billion fewer people than China, just 1.3 million active-duty troops, a 296-ship Navy, a defense budget that’s plateauing, and security commitments that are diffused and dispersed. However, the U.S. combined with democratic partners in the Americas, Europe, Asia and the Indo-Pacific enfolds some 2.8 billion people, 71 percent of global GDP, 65 percent of global defense spending, more than 7 million men under arms, and what former JCS Chairman Adm. Michael Mullen called “a thousand-ship navy.”

Still, it stands to reason that the United States – the wealthiest, largest, most powerful, most technologically advanced nation in the free world – will need to provide much of the muscle in this multinational effort to deter and contain Beijing. Underscoring this reality, Biden wants to move “60 percent of our sea power to that area of the world, to let the Chinese understand that they're not going to go any further.”

That makes sense. But that and other aspects of Cold War 2.0 will require ongoing investments in defense. Biden vows to make “the investments necessary to equip our troops for the challenges of this century.” The past four years have seen Washington dig out of the deep hole created by sequestration, giving Biden a solid base for meeting this century’s security challenges. But with COVID-19 recovery costs soaring, one wonders if the Biden administration will be able to sustain needed investments in defense. “It took us years to get into this situation,” as Mattis warned during his stint leading the Pentagon. “It will require years of stable budgets and increased funding to get out of it.”

“It is past time to end the forever wars, which have cost the United States untold blood and treasure,” Biden says of the war on terror and its consequent nation-building missions. “We should bring the vast majority of our troops home from the wars in Afghanistan and the Middle East and narrowly define our mission as defeating al-Qaida and the Islamic State.” On a related note, Biden has made clear that he will use military force “only to defend our vital interests.”

This is very similar to what his predecessor said about the post-9/11 campaign of campaigns: “Great nations do not fight endless wars,” Trump argued. “My rules of engagement are pretty simple: If we are going to intervene in a conflict, it had better pose a direct threat to our interest.”

The record shows that in the past four years, Washington dialed back the tempo and number of military interventions that had characterized the previous quarter-century – and cut troop levels in Syria, Iraq and Afghanistan.

“The argument that we just have to do something when bad people do bad things isn’t good enough,” Biden says. “It’s not a good enough reason for American intervention and to put our sons’ and daughters’ lives on the line.”

He speaks quite literally in this regard. As a military dad, Biden has seen and felt the costs of military intervention in ways most presidents never do. That perspective will surely shape his approach to foreign policy and national security.