Thornton and Jantz of the Army’s 1st Platoon, Bravo Co., 3rd Bttn., 7th Inf., 199th Light Infantry Brigade, each received the Bronze Star during separate ceremonies in July 2019 for their heroics on Jan. 17, 1970, a day that cost Thornton his own life. 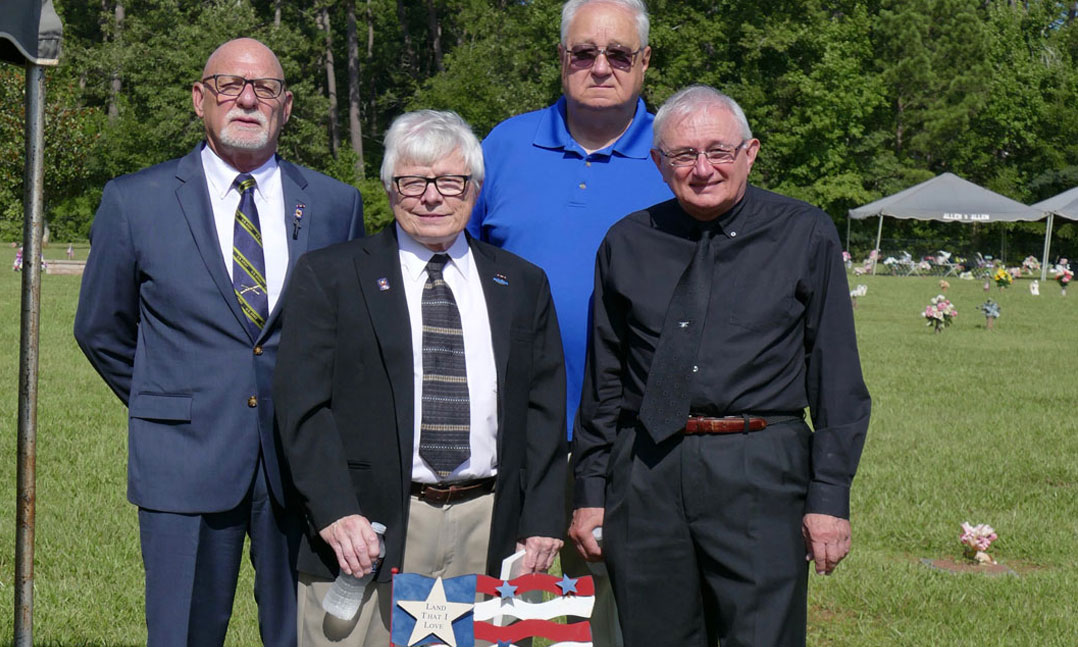 Signed and approved by then Secretary of the Army Mark T. Esper on May 2, 2019, the road towards getting both men their decorations came after a five-year effort by immediate family and a surviving member of the platoon.

It began in 2014, when Roger Soiset, a fellow member of the 1st Platoon, delved into getting Thornton decorated for his fatal sacrifice during an ambush by the Viet Cong in the Long Khanh province of Vietnam.

“Thornton should have gotten a Bronze Star at the time,” recalled Soiset, a VFW member of Post 5255 in Grayson, Georgia. “But when we eventually submitted a request, it was initially rejected because it wasn’t filled out right. Then it just kept getting rejected.”

In 2018, however, Jantz’s sister and brother-in-law, a retired sergeant major in the Army, joined Soiset in trying to get both men the Bronze Star.

“I had kind of given up on trying when Jantz’s sister’s husband got involved,” Soiset said. “He was very proficient in filling the forms out and getting the right people involved.”

Paula and Tom Beckman first learned of Jantz’s heroics, which included rescuing the bodies of Thornton and James Thonen against orders to leave casualties behind, when he received a military statue and note from Soiset, whom they had met through Jantz at an Army reunion some years back.

“I was only five when my brother was drafted, so I never knew all that had happened while he was there in Vietnam,” Paula added. “For 50 years he never spoke about his time in Vietnam.  So we took on this undertaking since Roger was trying to ensure that Thornton and my brother be put in for the Bronze Star with V device.”

On Aug. 7, 2018, the Beckmans met with William Smith, a veteran’s affairs representative for South Carolina Sen. Lindsey Graham, and provided documentation and written statements from surviving members who witnessed the firefight on Jan. 17, 1970.

After the joint approval on May 2, 2019, by Esper, both men received their separate ceremonies in July.

Jantz’s Bronze Star with valor was issued in a private ceremony at the Russell Senate Office Building in Washington, D.C., presented by Sen. Graham himself on July 10, 2019.

Receiving the recognition for his heroics on Jan. 17, 1970, is something Jantz, a life member of Post 2913 in Patchogue, New York, said he “can’t put into words,” although he added that, “it made me the man I am today, and I’d do it again.”

Thornton’s ceremony happened in his hometown of Thomasville, Georgia, on July 26, 2019.

Soiset, Jantz and three other members of the 1st Platoon joined Thornton’s family and more than 60 other guests at a Trinity Baptist Church to honor his heroic efforts during the Vietnam War.