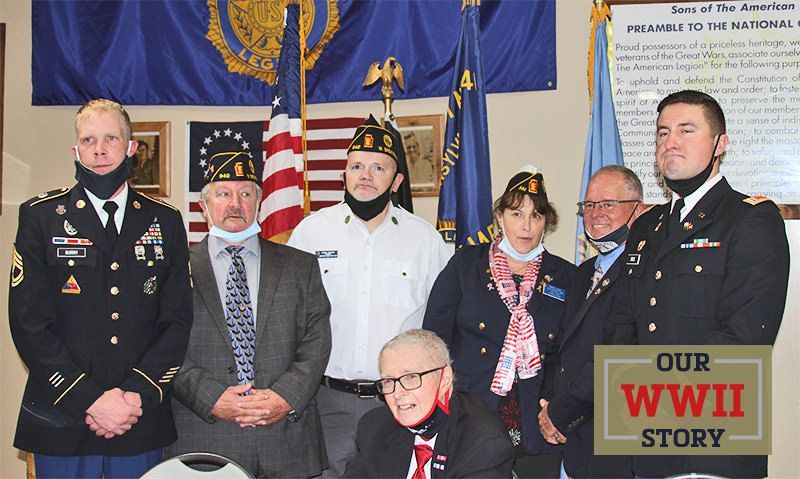 Edwards earned the Silver Star for his actions on April 4, 1945, near Erlach, Germany. After the war, he returned home and led a productive life as a civilian, including earning his doctorate and becoming a professor at California University in Pennsylvania.

But he only received one of the medals he earned through his valor.

On Veterans Day 2020, that changed thanks to an effort by The American Legion.

“Sgt. Edwards had not been recognized nor received all of his medals,” said Michele Deems, commander of the 25th District in the Department of Pennsylvania. “His good friend, Leonard Siegel, another World War II veteran and Cal professor started inquiring about a ceremony for his 94-year-old friend.”

“We can never thank you enough Sgt. Edwards, you are a true inspiration to us all,” Sanders told Edwards, who quietly thanked everyone and rendered a snappy salute.