Sharing the Success of Female Veterans

Based in Washington state, Freedom Sisters Media is a multi-media company focused solely on women vets and offering guidance for success in life

Kerri Jeter is on a mission. She is working to tell the empowering stories of her fellow female veterans. On Veterans Day 2019 she launched Freedom Sisters Media to do just that.

This faith-based, multi-media company shares the successes of women veterans via the internet. Through the Freedom Sisters podcast, which airs weekly, Jeter highlights the successes of her “sisters” who served in the military. 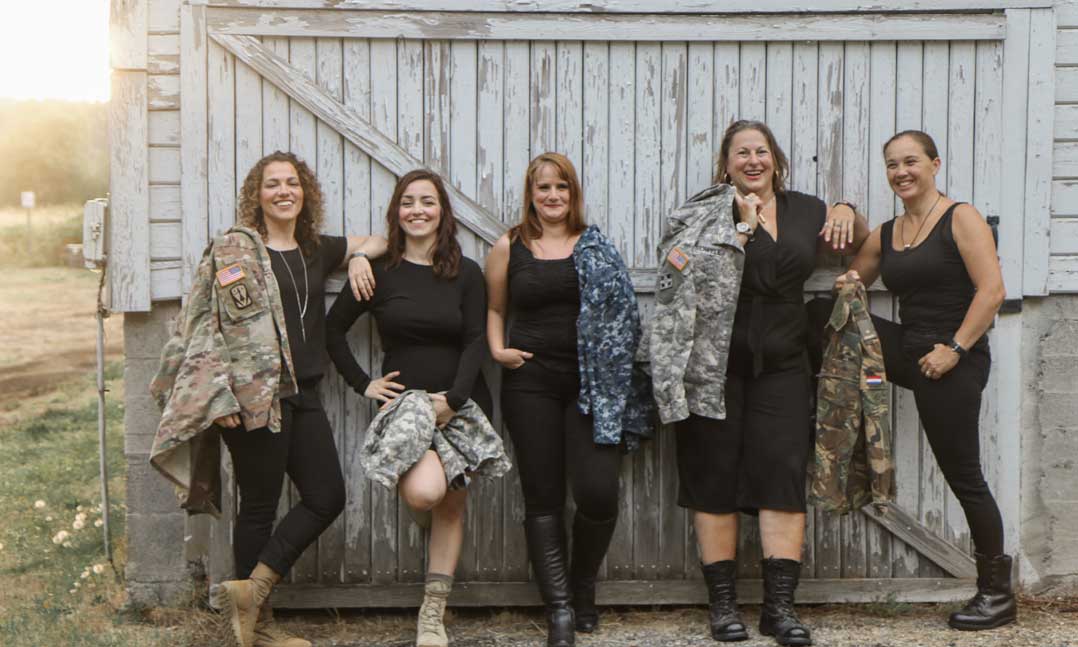 “The conversations have been authentic, real, transparent and vulnerable,” said Jeter, a mother of five. “The show can be summed up like this: It’s women veterans’ soulful stories that help others overcome, heal and thrive.”

Jeter, who served from 2012-2013 at Camp Buehring in Kuwait with the Army National Guard’s 35th Combat Aviation Brigade, said she finds her podcast guests through her network of fellow veterans and following specific hashtags on social media.

“No matter how different the stories are week to week, the common thread is sisterhood, hope and healing,” said Jeter, a member of VFW Post 5878 in Tenino, Wash. “No topic is off the table. This is real life, and our sisters are real ‘sheroes.’ ”

From her interviews each week, Jeter discovered common themes among female vet entrepreneurs and nonprofit leaders: lack of funding, marketing, connection and networking. To address these issues, Freedom Sisters Magazine launched in January.

Jeter put a call out on LinkedIn and Instagram and ended up with 30 female vets to write for the magazine. She calls her team “writeHers.”

Magazine “readHers” will find practical tools, skill-sharing and knowledge to succeed in whatever endeavors lay ahead, Jeter said.

The digital magazine app is available for subscription on iOS and Android. Subscribers get their first issue for free.

‘That Wasn’t Okay with Me’
The road to Freedom Sisters started when Jeter enlisted on Dec. 5, 2006. A single mom with three kids, Jeter said she wanted to better her life for her children and herself.

When she deployed to Kuwait in 2012, she was apart from her children for 18 months. She tried to make the best of it at Camp Buehring. While others were on the receiving end of care packages, Jeter was making care packages from things she bought at various markets and sending to her kids back home.

“It was nerve-wracking because I was their primary caregiver,” Jeter said. “It was difficult, but I was really focused on my job and was promoted to captain during that time.”

In 2015, Jeter was crowned Ms. Veteran America. During her reign, Jeter realized that the stories being reported about female vets simply weren’t accurate.

“The stories are about our pain points or that we are all damsels in distress,” Jeter said. “That wasn’t okay with me.”

When she left the National Guard, Jeter was re-married and had a “surprise” baby. She took a year off but felt “called by God” to serve women vets.

“I just thought, ‘There has to be more to what I was called to do,’” Jeter remembered. “One night, I went to bed in distress and had a dream about the words ‘Freedom Sisters.’ When I woke up, I looked up the domain name and found it was available. We launched on Veterans Day 2019.”

Jeter and her husband are both active members of Post 5878. While campaigning for Ms. Veteran America, Jeter said the Post kept inviting her back to speak about homeless women veterans. Currently, her husband, Marcellus, is junior vice commander.

This article is featured in the March 2021 issue of VFW magazine as part of our spotlight on women veterans for Women's History Month, and was written by Janie Dyhouse, senior editor for VFW magazine.